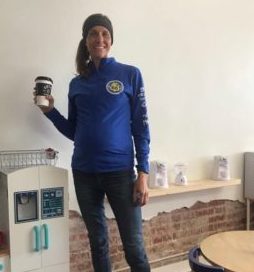 Julia Webb is one tough mother runner! The Little Rock, Arkansas mom to three girls has baby number four on the way any day now, but that hasn’t slowed her down one bit. Webb has run throughout each of her pregnancies, even qualifying for the Olympic Marathon Trials during her pregnancy with her daughter Gabby. If Julia’s name sounds familiar, you might recognize her from the 2019 Williams Route 66 Marathon, when she won the half marathon while pushing Gabby in her stroller. She didn’t just win the race – she actually set a world record for the fastest half marathon time run by a woman while pushing a stroller! 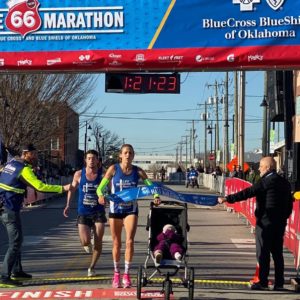 Julia believes that running makes her a better mother and being a mother of four girls has made her a stronger runner. “Running truly brings out my best,” she says. “Mom life is stressful and as a mom of three young girls (39 weeks pregnant with my fourth), it is my go-to activity to bring serenity and peace back into my life.” For Julia, that means pushing herself to the limit physically with hard workouts twice a week and maintaining a regular racing schedule. While it might seem like the exhaustion of being a mom could only get worse when combined with the exhaustion of running, Julia finds it energizing and believes that running encourages her to take better care of herself. “Running at a high level requires discipline to treat myself well, which means sleep, hydration, nutrition, stress relief and strength for injury prevention are all top priorities,” she says. “This not only helps me run better but allows me to enjoy living a higher quality life and of course being a better mom since I feel my best! When I fail in any of those categories, my abilities as a mom suffer greatly.”

If you’re a mother who struggles to fit running into your lifestyle, you’re not alone. However, Julia has been able to strike a balance between getting a workout in and spending time with her family. In addition to running with her kids in a stroller when they are between the ages of six weeks and two and a half years old, Julia also says that belonging to a gym with a childcare option is a must. While going to the gym means running on a treadmill, Julia says it’s a win-win, as she gets her miles in and her kids get their energy out. She also emphasizes how important the support of your spouse is. “Having an understanding husband that knows running is important for your mental and physical health is also key,” she says. “Getting up earlier and heading out before husband goes to work is another way to make it happen.” 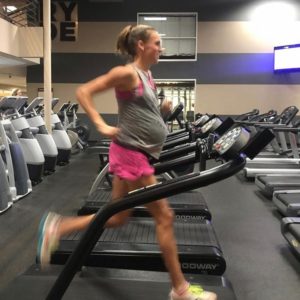 Julia believes that motherhood has also helped to make her a stronger runner, which has come in handy during tough races. Julia raced in the U.S. Women’s Olympic Marathon Trials in February 2020, finishing in a time of 2:48:26, on a notoriously hilly and windy Atlanta course. Julia credits long pregnancies, difficult drug-free labors, and the exhaustion that comes along with motherhood with making her tougher and giving her the confidence she needs to know that she can handle a race no matter how tough it gets. As a result, she is an even more competitive runner today than she was before becoming a mother. “I can thank becoming a mother for the missing piece that gave me the extra edge to run to my truest potential,” Julia says. “It was definitely not easy or expected as becoming a mother added extra challenges and changed the way I trained, meaning I was doing less but getting in higher quality workouts when I did have a chance to run.” Her physical fitness wasn’t the only thing that improved after becoming a mother, either. “My emotional state of being improved because I felt completely grateful for the outlet of running, rather than feeling pressure that I had no excuses not to run fast.” 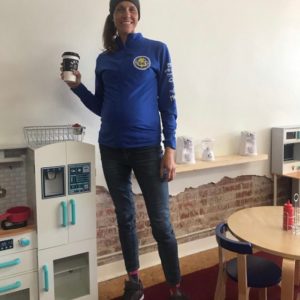 Julia loves to travel for races and believes there’s nothing better than a long race to get to know a city. Competing in the half marathon during the 2019 Williams Route 66 Marathon was the motivation for her first visit to Oklahoma, but Tulsa’s biggest block party made a lasting impression. “The course gave me a beautiful scenic tour of Tulsa!” she says. “The rolling hills in the first miles made the middle flat section a big treat. The crowds were very supportive with people lining the entire route. I loved heading over Route 66 on the bridge knowing at the turn around I only had 1.5 miles left. The crowds and fans were electrifying as I crossed the finish!”

Julia, we hope you’ll come back and rock the Route again one day very soon! Your love for your family, running, and competition inspires all of us. Happy Mother’s Day!