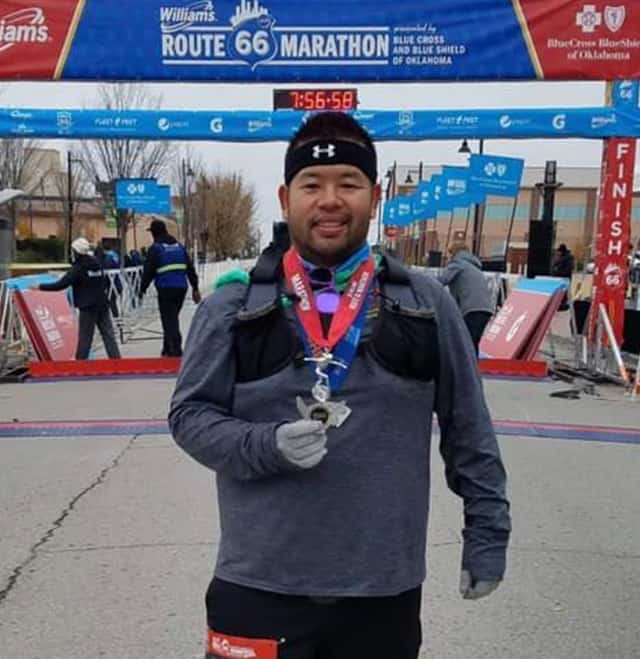 Chris was born and raised in Southern California. He started running in college for exercise and was introduced to the world of racing by his brother in 2013 where he finished his first race at the Disneyland 10K. Since then he has completed two marathons and 41 half marathons (and counting) and currently working on his 50 states. Running has changed his life for the better and he has no desire to stop. Chris lives and trains in Oklahoma City where he also coaches with the local running store, Red Coyote Running and Fitness, in their training programs. When not running, Chris works in education full time and at a local timing company part time. He has participated in the Route 66 Marathon weekend since 2016 and is excited to return as an ambassador for the race.